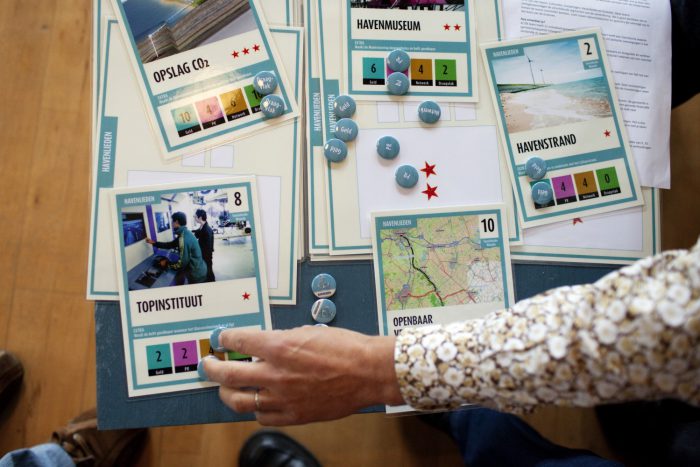 In 2012 I developed with Koen Elzerman “Groningen aan zee”, a serious game in which inhabitants of Groningen played to develop the future of their region. 4 teams (the greens, the culture people, the industrials and the villagers) competed during a period of 30 years, yet collaboration proved to be key for winning.

At the end of the game, the year 2042, an upgrade of the public transport network, a TV series about the region or, for example, an airport could have been realized in the region. Click here for a link to a visual report of the game.