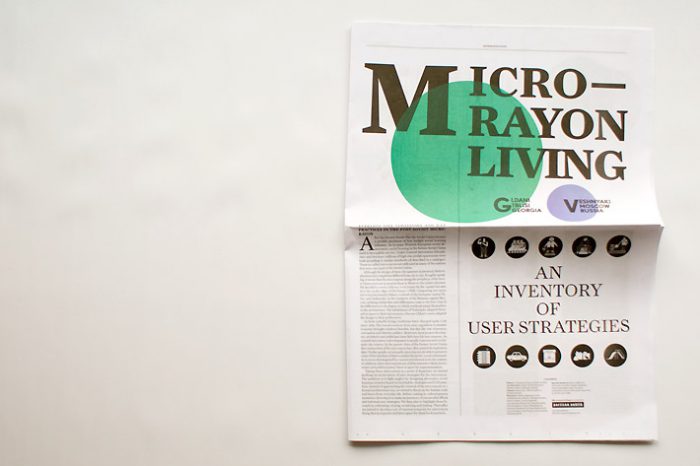 Presented at the 4th International Architecture Biennale Rotterdam in  2009 and as a supplement to Volume #21 – The Block, Microrayon Living is an inventory of everyday life strategies and D.I.Y. practices in the Post Soviet Microrayon.

Research was conducted, together with several local partners in Gldani, Tblisi and in Veshnyaki, Moscow, two identical city quarters in terms of layout. The former located at the periphery of the former Soviet Union, the latter in the center of power. Striking similarities and differences came to the fore. Click here for the full publication.